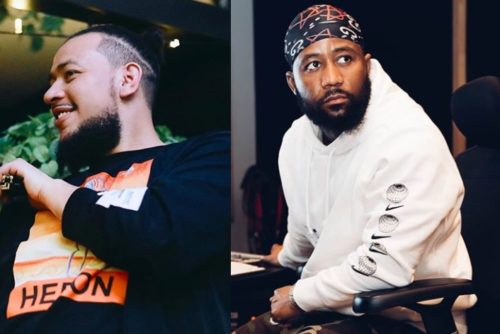 AKA taunts Cassper Nyovest after getting real with the signing of their boxing match.

Few days ago, Cassper announced that the fight between them might not hold again as Supa Mega was being coward.

However, the Fela In Versace hitmaker took a surprise on many as he shared a photo of the contract and a pen on Thursday.

Few minutes after, he announced signing the contract and goes ahead to taunting Mufasa with one of his famous old tweets. 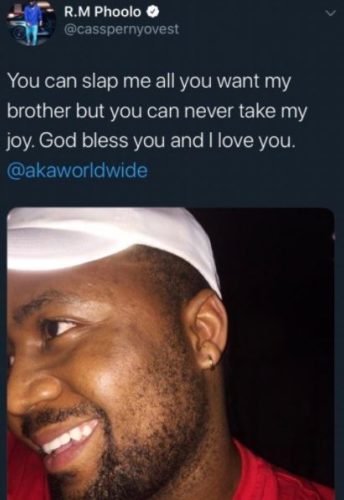 “Tough guy hasn’t done anything for 6 years. What’s the rush all of a sudden?” AKA said.

“It would seem as if someone has taken tough guy’s joy”, he added. 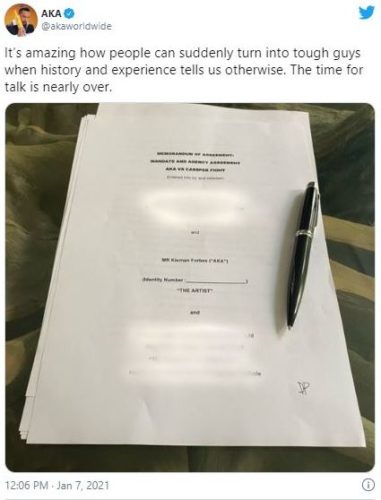 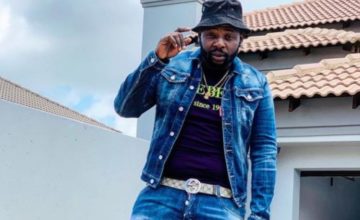