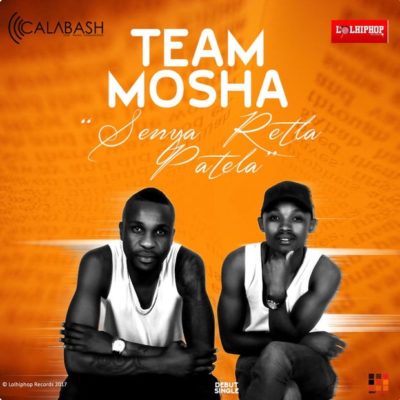 Team Mosha is a dual group from Mamelodi which consists of Shuffle Muzik and MRD. The duo are signed Under Open Mic productions and have released their single Senya Retla Patela under Open Mic Production.