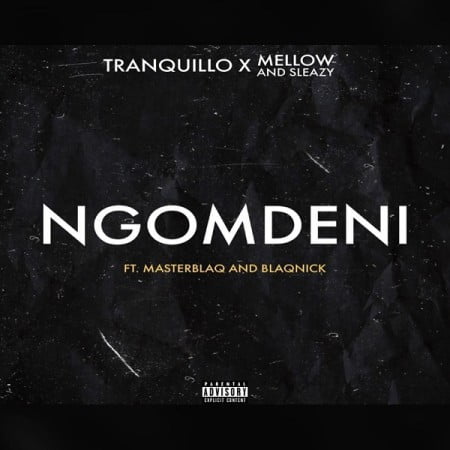 Tranquillo, Mellow and Sleazy team up and give their fans a new track titled Ngomdeni featuring MasterblaQ and Blaqnick.

Mellow and Sleazy help on this new track too as they hit the bars stronger and join in releasing a new hit.

They’ve always appeared as a duo and played their parts. They recently featured on Focalistic and Mr JazziQ’s hit song titled Gupta.

Giving their fans something new with Tranquillo, they drop this new track.