Two times Cassper Nyovest proves to be the best 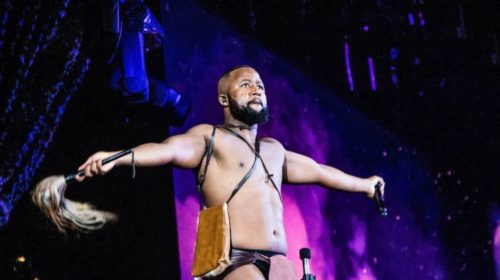 Cassper Nyovest has always proved to be the Mufasa of Hip Hop music industry twice.

He keeps doing what he knows best and it keeps bringing more successes to him.

The first time where he proved to be the best was when he pulled off as top 5 most attended shows at the FNB Stadium.

Mufasa made it on the list of the most attended shows at the FNB Stadium and sat conveniently at number five spot when the South African rapper achieved his goal to fill up FNB Stadium.

He made history with that as the first local Hip Hop artist who attempted to fill up the FNB stadium in 2017, performing his multi award winning medley of singles featuring some of the biggest names in the local Hip Hop game.

The second time Cassper proved to be the best is the release of his latest album Any Minute Now. ANM currently sits at position 26 globally on Apple Music. Mufasa happens to be the only South African on the first 30 globally.

We are just as proud of him for being the change that we want to see in the local entertainment industry.