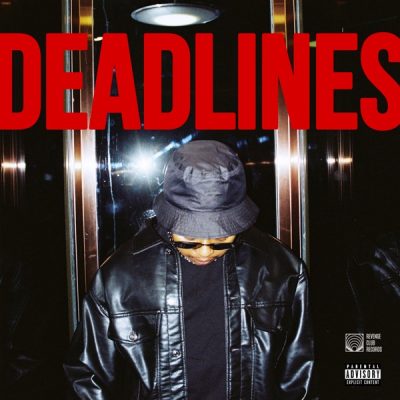 On the 21 October 2016, A-Reece released his debut album Paradise. After a few releases—2017’s From Me To You & Only You, and 2018’s And I’m Only 21 EP—that fell on the same date in the last few years, Reece fans have grown to expect new music from the mysterious rap star on 21 October. While fans anticipated the sequel to his debut in 2022, Reece opted to drop a prelude instead.

In the seven-track EP, he gives fans what they love him for—both boastful raps and personal reflections accompanied by boom bap-leaning production. On ‘Bad Guy’, he speaks on both his domination of the game and broken relationships: he raps, “They used to be my dogs, now they all strays.” He is joined by ATL rapper Quentin Miller to deal with existential missteps and betrayal on “DEATH”.

He surrenders to a lover on ‘Intentions’, a lush R&B tune where Marcus Harvey’s whispery falsetto melts into piano chimes and wandering vocal samples. But DEADLINES also sees Reece colouring outside the box, as he ropes in multifaceted dance music maestro DJ Maphorisa, and his brother and longtime collaborator, Jay Jody, for the sentimental “Something to Fight For”, carried by an Afropop bounce.

DEADLINES also brings with it a full-circle moment on “BIGGER THAN ME”, a long-overdue, reflective collaboration with Emtee who he last worked with in his breakout hit ‘COULDN’T’. Elsewhere, A-Reece further alludes to his music’s sacred purpose on “Godlike”, rapping, “When God made me, he created a leader/ Been a legend since the days of a foetus.”

A-Reece, Jay Jody & DJ Maphorisa – Something To Fight For

A-Reece & Emtee – Bigger Than Me