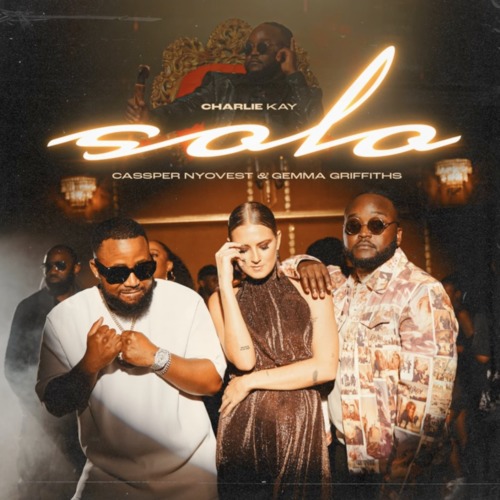 ‘Solo’ marks the first release of the year for Charlie Kay and will feature on his forthcoming debut project, with more details to be revealed soon. The 9-track project will serve to solidify Charlie Kay as one of Zimbabwe’s most multifaceted exports. Already a music Entrepreneur, Label Executive, Producer and talented artist, this project will dial up the latter as he collaborates with some of the continent’s most exciting creatives.

“Solo signifies a new chapter in my musical journey” says Charlie Kay. “Now I’m surrounded by an amazing group of people who continue to elevate me.”

Speaking on the collab he shares: “I have always been a fan of Cassper Nyovest so when we were in the studio together vibing, l played him the demo that I had with Gemma Griffiths on the hook. When Cassper heard the track, it didn’t take him long to jump in the booth and lay down a verse – the rest was history.”

Alongside the track’s release, ‘Solo’ is accompanied by a striking video, which champions all artists. The zestful bouncing beat produced by Charlie Kay himself, is accompanied by the smooth and sultry vocals of ‘A Girl From Harare’, singer-songwriter Gemma Griffiths, whilst both Charlie Kay and Cassper Nyovest take turns in making the track whole, uniting the elements with captivating verses and a melodious hook that’s showcases both artists in a light never seen before.