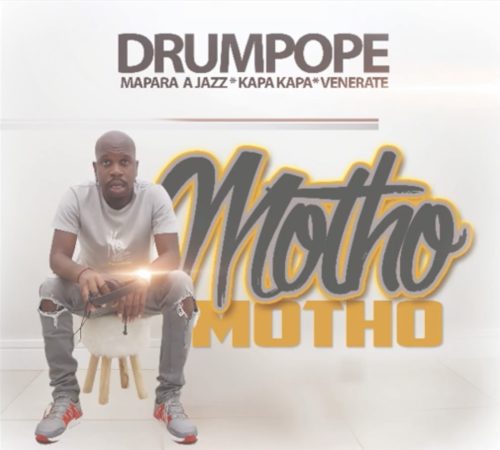 DrumPope takes it to another level on a new track titled Motho featuring Mapara A Jazz, Kapa Kapa, and Venerate.

He has been doing so well since his involvement in the Amapiano genre. DrumPope made his last appearance on Andisalali (Amapiano Mix) featuring Tshego & Bucie.

Holding Mapara A Jazz on the track, he made his last single on Faki Zaka featuring Jeez Fuza.

They hold the Amapiano wheel once again.