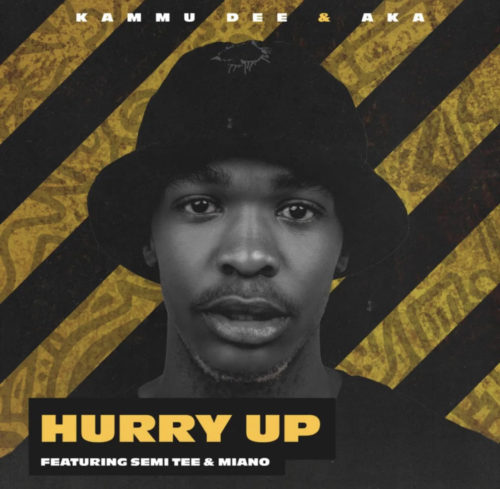 Kammu Dee and AKA join hands together on this new track with Semi Tee and Miano titled Hurry Up.

Kammu Dee remains one of the artists to hold huge featuring in the industry.

He has featured AKA’s rivalry in the industry, Cassper Nyovest on the track titled  Siya Trenda.

Focalistic and Semi Tee have also featured with Kammu Dee on one of the hits of the year titled Hotsticks.

As a new project from Kammu Dee after appearing on Major League and Abidoza’s official video for Le Plane E’Landile which also featured Cassper Nyovest and Ma Lemon.

Debuting a new one, they appear with such juice on this new track.