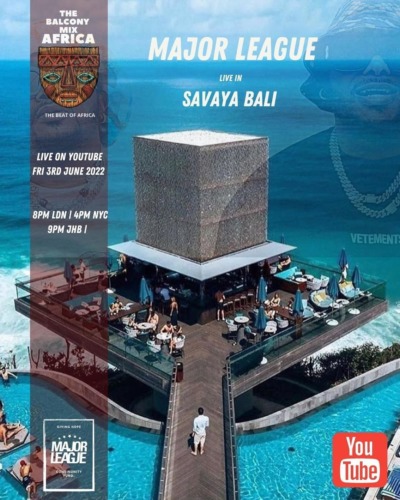 They appear live at Savaya Bali with crowds ready to party all long. They debut on this new appearance after they also delivered last week on Live @ Soho House In London S5 EP 1.

The South African DJs are yet to drop an official track but they make entrances for their fans by appearing on tracks. Their most recent was when they featured on Gravity by Nissi.

Major League DJz also have a space in the BET awards nomination for Best International Act.