Moz Kidd – Look What I Did (Freestyle) 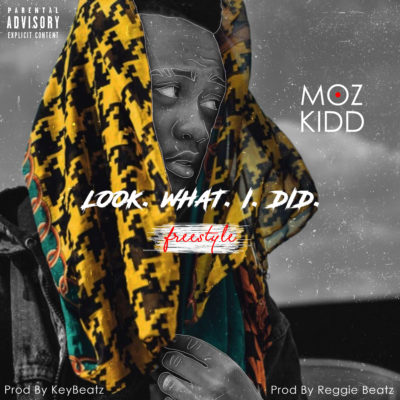 Moz Kidd – Look What I Did (Freestyle). After an exciting beginning of 2017 for Nelspruit-born artist, Moz Kidd, which saw him sign to Mabala Noise, he did not get to release as much as expected. Leaving the past where it belongs,  Moz is now ready to jump into 2018 with guns blazing. The 21 year old rapper decides to kick off the year with a brand new freestyle titled “Look What I Did” in which he addresses certain issues he experienced in the past year.

Moz is set to release his official single “Mahala” featuring Riky Rick, later this March of 2018.  “I plan to drop most of the material I recorded last year and couldn’t release for reasons that I am still trying to figure out now. What’s most important is that the songs are ready, I’m also ready and free to release music the way I want to”. Listen to what he came up with below

Moz Kidd – Look What I Did (Freestyle)