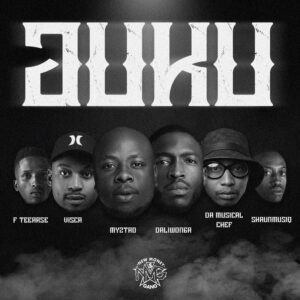 The Amapiano artists hold it for the week for their fans by releasing it on a new level.

Myztro continues to be consistent for his fans as he also delivered on Groove Cartel Amapiano Mix.

The Amapiano artist continues to deliver for his fans after he also recently dropped his EP titled 012 Nkwari.

He worked with Felo Le Tee on some tracks like Nkwari Melodies, Di Patje, 66, and a few more grooves.

Pulling out a new stunt ahead of the weekend for his fans, he drops this new track with Daliwonga.