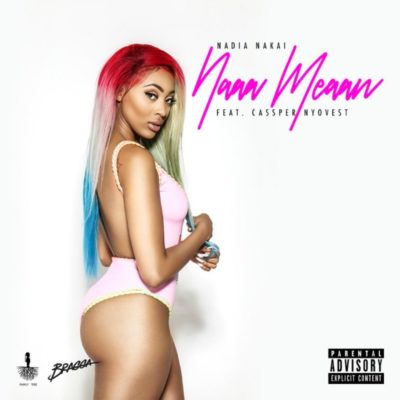 Naa Meaan is the brand new single by sexy rapper Nadia Nakai featuring her label boss Cassper Nyovest. The two have worked together severally in the past. Making Money has never been an issue, declared Casper Nyovest on the laid back smash.

Nadia Nakai has promised she will be releasing an EP in coming months ahead of an official album that may arrive next year. While fans wait for that, download the new single Naa Meaan and stay tuned.