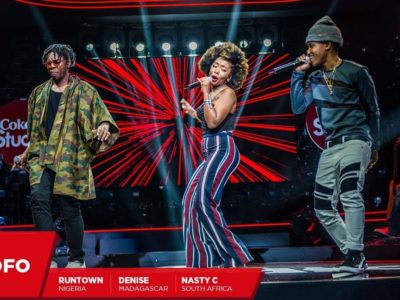 While Denise remains relatively unknown in South Africa, Runtown is a household name in Mzansi with his single Mad Over You an African hit which Nasty C also did a cover of. Listen to what the three musicians came up with below!