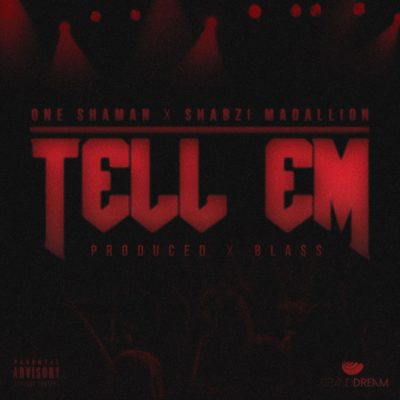 After his recent appearance on ShabZi Madallions What Happened To You, West Rand emcee One Shaman releases his first loosey of the year titled Tell Em, features long term collaborator and friend ShabZi Madallion and is produced by Blass.

One takes a break from his lyrical and aggressive style to create a fun and uptempo record with ShabZi also lending his voice to this with his aggressive yet melodic delivery.

Tell Em is the first of a host of records that the West Rand emcee is set to drop in an attempt to build anticipation for his upcoming Ground Jewels EP.