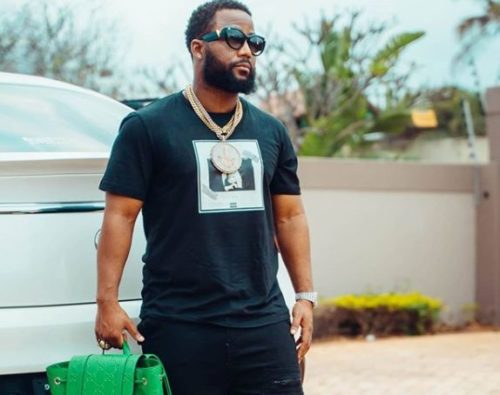 Cassper Nyovest got all the hype on his Any Minute Now album before officially releasing it on Friday, 11th of September.

It’s worthy to note that the 5th studio album did as the rapper expected, despite going all personal on it.

Upon release, all singles on the project topped Apple Music chart, and he was used as cover on both Spotify and Apple.

Some of the singles off the album trended on social media, as people couldn’t get their mind off it.

The 21-track album features the likes of Busiswa, Zola, Boogie, Anthony Hamilton, Tellaman, and a few other.

Check out 6 most loved songs off AMN album:

2. TO WHOM IT MAY CONCERN: This particular track trended for 2 days on social media, as people could resonate with his emotions on the song, which was about his relationship with Riky Rick

3. 1 OF 1: The third track on the album. The beat of this track isn’t new to the ears of most listeners, but it never goes wrong, just spit bars on it.

4. THOUGHTS ft BOOGIE: American rapper Boogie features on the track. Cassper went personal about his reign, friendship, family. He also mentioned Scoop on the track. Scoop Makhathini recently urged him, AKA and Kwesta to leave the game for new talents.

5. LOCO: The chorus of this song gives it a chilling vibe. The rapper also went personal here.

6. HYPNOTIZE ft. Nadia Nakai: The rapper drilled on this track, and it’s turned out to be most ladies favourite.

7. EGYPTIAN COTTON ft ANTHONY HAMILTON: This track got the international star trending. Most SA celebs fell in love with the track. Cassper brags about his baby mama, Thobeka Majozi, and son.

My whole album is on the top 100 songs on .@AppleMusic !!! What a great achievement !!!! Thank you for all the support. #AnyMinuteNow out now. Click on the link in my bio