SA musicians who were active during lockdown 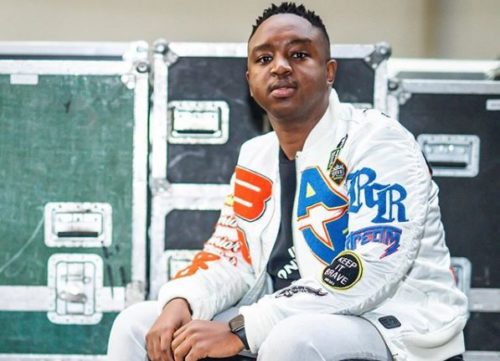 Lockdown in South Africa isn’t what it was few months ago, after the outbreak of COVID-19 in March 2020.

Immediately there was a surge of the virus in the country, lots of sectors were shutdown, and it affected a lot of things and people.

The music industry feared and some musicians expressed their fright on social media due to the no-gathering order. Hence, all gigs and events cancelled.

While this seem to be an end to a juicy year for artists in the music industry, some thrived to keep the energy that they’ve been dishing out for years by thinking out of the box.

The musicians who kept their fans entertained resolved to virtual means, including Live shows on social media.

Below are those who were active when Lockdown was intense:

Shimza secured bags and even validates his worth in the industry by having a TV show named “Lockdown House Party”, which got him inviting DJs playing mind-blowing set. It’s one of the most talked about shows in SA and it’s still on, despite the lockdown being relaxed to level3.

He also had his One Man Show and fans who virtually grooved said he made history with the event, which was also virtually enjoyed.

Stogie T kept his fans entertained by starting a show viewed on Instagram Live, named, Freestyle Friday; It’s ended now, but every Friday, he had a line-up of rapper’s, freestyle to any beat.

Zinhle also kicked off a new show called, “PJ Party”, it started on Instagram Live, but now officially on TV and it’s strictly for female DJs.

DJ Maphorisa really did the most with the release of music projects back to back. Lawd Phori and Kabza got amapiano more juicy during lockdown. The duo released dope projects still topping music charts. Kabza’s performance on Lockdown House Party was history made, as he performed 2 hours straight and he got more accolades for every of his performance. Though, fans still look forward to the postponed concert ought to hold in April.

The duo were giving fans steady mixes since the lockdown started, and dropped their album, Pianochella few days ago, which is being hyped.

Nadia Nakai also made an attempt being extra active during lockdown by doing covers of other artists’ songs, but stopped after making 2 attempts.

AKA launched his app which unveils more about his music and a show is also on it, called, The Braai Show.

Oskido who is a legend, at some point during lockdown, spoke to fans about the genesis of sound making in SA and many other talks about music.

Lockdown got nothing on South African musicians as they delivered beyond expectation.