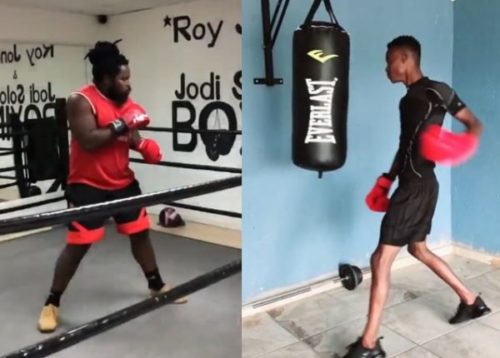 Big Zulu and King Monada have taken the giant step as they step in the ring together. After the South African rapper, Cassper Nyovest, initiated the celebrity boxing matches, artists have been pairing up for a fight together.

King Monada openly chose Big Zulu and has been seen at training sessions. In proving the seriousness of the match, Big Zulu and King Monada have appeared in the ring for a prematch.

King Monada is seen to be more ready for the fight as his securities pull him back from swinging a punch to Big Zulu.

Big Zulu has promised his fans the fight will definitely hold and the date will be announced soon to their fans.