Cassper Nyovest’s first Amapiano album is finally ready. The Hip Hop artist takes a shift to see into Amapiano and it seems he is really loving it.

The AMN album owner is yet to release more information on the album but has officially announced the album is ready. As fans wait to hear more from him, he takes this track with DJ Mr X titled Asambe.

I think I might be done with the project. 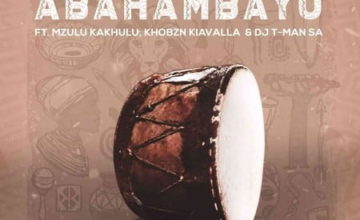