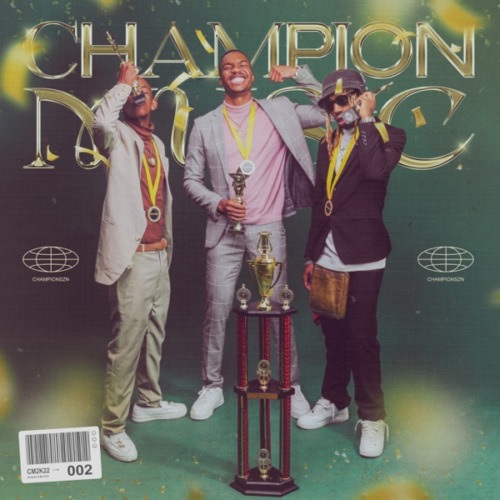 [Verse 2: Maglera Doe Boy]
South Africa got a thing for this Motswako shit
They love it
Black Chucks on my mans with the black skully
Out the trenches, that’s why the kid maneuver gully
They might peel your top off like that nigga Sully
Y’all got fat when we were starving
Man, I’m fucking hungry
Mama cooking neck bones so we was never hungry
Used to post up in the strip until my nose was running
Winter time, but we was hot ’cause we was getting money
And if we wasn’t, was with the niggas getting money
Conversatin’, getting money
That’s why they call me Money
Got a shorty from the Nordy look like money
Ngwana asked me what I’m doing
I said: Getting money
I was probably thinking money in my oulady tummy
I was born prematurely, rushing to the money
I just got a mouth piece, now I be talking funny
Put it where my mouth is, now I be talking money
Shit…

[Verse 3: 25K]
I was packing zips of powder
Pocket scales on kitchen counters
Now I make my city prouder
I can’t live my life without her
She don’t realise, I’m really him
So, ona le ho n’doubta
Smoking louder, o nyak’o n’clouta
I was once the king of powder
You need to realise you’re in the presence of living legend
Could’ve died from Smith & Wessons
Took the L and called them lessons
I can’t be capping on the hood
That shit make no sense
I’m trying to turn this Mini one into a new Benz
I hope you know it’s not a joke
Who would’ve thought a hoop pope
Would be the one who sells soap?
When I was broke, I sold dope
Sentimental what I’m spitting, these are cold facts
Shit is very, very cold, you need a flu pack

[Verse 4: Saudi]
Man, it’s the goat-man
The one and the only, don’t confuse me
Back on my BS, the whip I’m in topless
Got doobies, 335 IS idl’udown fall ku BBS
Phela nonke ni abashana bami
Only reason y’all turnt up is ‘casue I’ve been and it’s obvious
Man, fuck all that being humble
Ain’t no one fucking with Saudi
Flow anything but normal
The furthest thing from sober
It ain’t no going back and forth
You mention me, I get you murdered
Give the streets back to the owner
Get dome, then I disown her
It ain’t a rapper in this game I ain’t inspired or I ain’t wrote for