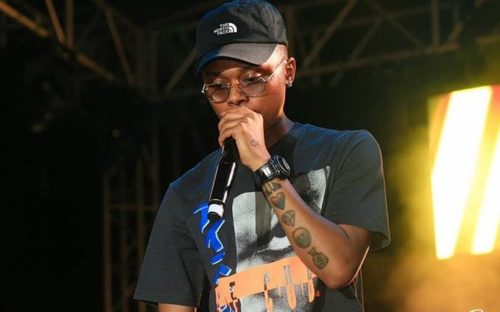 A Reece still remains on the trend list, while Cassper Nyovest nor his album is no where to be found on the list.

It’s quite surprising because, this was the same thing that happened on the day Nasty C dropped his Zulu Man With Some Power album.

Today, Friday is believed to be Cassper’s day because of his 5th studio album, Any Minute Now.

However, there’s been much drama associated with this day.

Lots of Twitter users claim, Mufasa fired a shot at Reece on the album,

Many crowned the young star the king of hip hop due to his highly anticipated album, Paradise 2.

Check out tweets with his mentions below:

Lets put Reece on top of the trends while others they are still pushing their Album🤣😂 pic.twitter.com/DqlwO8PIPS

Reece is practically the face of SA Hiphop he always trend just because there is a new hiphop album that dropped, first Nasty C drops and Reece was treanding now Cassper dropped Reece is trending #Paradise2 is really the most wanted album! pic.twitter.com/0t2r9KouPh

All the wack rappers have dropped their albums

We’re waiting for the GOAT …

” Everybody is a dope rapper until I rap after ” 🤴🏽

Why every time after an Artist drops Reece trends,this is starting to annoy me pic.twitter.com/ePseqpLiG7

Cassper shading Reece for rocking that Cassper Nyovest hoodie back then since they not on good terms now when he was also a big AKA fan before he blew up, this guy is so weird lol.

Reece your timing is perfect!! pic.twitter.com/FUIesZvl7w