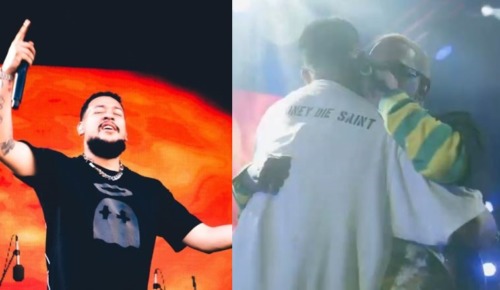 AKA and Da L.E.S finally squashed their beef while performing at Cotton Fest 2022, on Saturday night.

Kiernan had a swell moment on stage as he performed his major hit songs which got the crowd cheering and wilding.

Minutes after starting his performance, the rapper got the crowd screaming as L.E.S joined him on stage to perform their collabo.

The reunion between the two has made several headlines and it’s a great moment for the culture.

The two were said to have ended their bromance due to baby mama issue, but Da L.E.S slammed the claim.