AKA ends beef with Burna Boy – “God bless my brother” 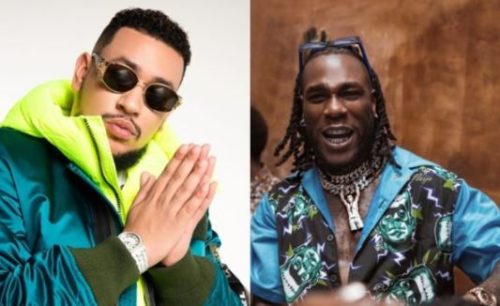 The Grammy award-winning musician performed in South Africa for the first time in over 3 years and it was historic as he performed to over 100k people.

He performed lots of his hit songs including the collaboration with AKA titled, All Eyes On Me.

The crowd cheered and went frenzy as Burna sang the song aforementioned song.

A few persons took to Twitter after the success of the DStv Delicious SA festival, urging the two stars to squash their beef which was caused by the xenophobic crisis between Nigeria and South Africa in 2020.

“Can you at @akaworldwide squash the beef. We need you both to perform “All eyes on me” the next time you come through for your concert,” a tweep wrote.

In response, Kiernan Forbes said he has nothing against Burna Boy.

“I have no problem with Burna at all. God Bless my brother,” the rapper responded.