AKA stops question about late fiancée from Thando Thabathe (Video) 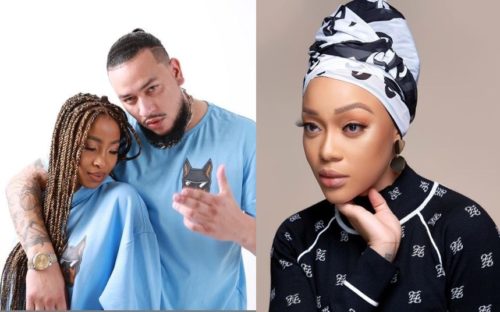 AKA stops Thando Thabethe from asking questions about his personal life during an interview on 947 Drive.

While Supa Mega was super interested in promoting the album, Thando was quite blithe with how she addressed him.

In the video which has now gone viral on social media, Thando labelled AKA the elephant in the room, and further questioned him about his late fiancée’s Nelli Tembe’s death.

“We have to speak about the elephant in the room…you had a sit down with one of our own Thembekile Mrototo a lot of people felt like you said nothing in the interview,” she asked.

However, the rapper seem disappointed with the question and made it clear that Thando should mind her business as he’s not set to dish out private issues.

“It’s nobody’s business but my own. It is something that I am living with in my life, it’s none of your business,” he said.