AKA to Yanga Chief – “Never outshine the master” 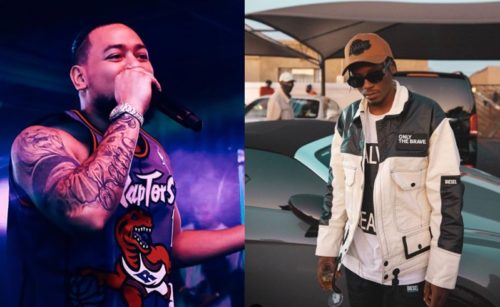 AKA gets into a friendly beef with Yanga Chief and gives him a strong warning.

While preparing the minds of fans for the release of his Bhovamania EP, Supa Mega called Yanga out.

It is believed that the Utatakho hitmaker features on the project, as he was seen on the Behind Scene video of the music project.

Taking to Twitter, AKA says he will not be speaking to Yanga till the EP is out.

“I’m not speaking to you until I drop. 48 laws of power … never outshine the master.”

Yanga Chief laughed off the tweet but got curious on who the master is.

I’m not speaking to you until I drop. 48 laws of power … never outshine the master. @ItsYangaChief 😌🧨

Speaking of Yanga’s shine, he’s been getting awards and nods since last year. The recent scooped was Best Hip Hop Album (SAMA26), and he got 2 AFRIMMA nominations for Best Male Rapper under Best Male SA.