Are DJ Zinhle and Murdah Bongz expecting a baby? 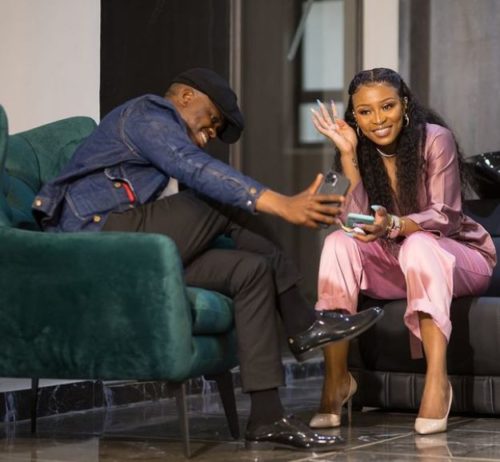 DJ Zinhle and boyfriend, Murdah Bongz are rumored to be expecting their first baby.

The two are yet to confirm the rumor as they are quite private about their relationship.

If the preggy story is true, then Kairo Forbes will be having a younger sibling soon, as Zinhle birthed the little girl for her former lover, AKA.

Speculation about her second pregnancy was raised by a social media user, who revealed that a friend saw the DJ in her pregnant state.

“DJ Zinhle is allegedly pregnant, my friend saw her yesterday. It makes sense now why she always wearing big clothes,” the person tweeted.

The DJ is either sharing a selfie of herself or in a big clothe covering her stomach.

Meanwhile, in 2020, Zinhle hinted at having a second child, as she expressed desire to give Kairo another sibling.