Are Toss and Moonchild Sanelly dating? 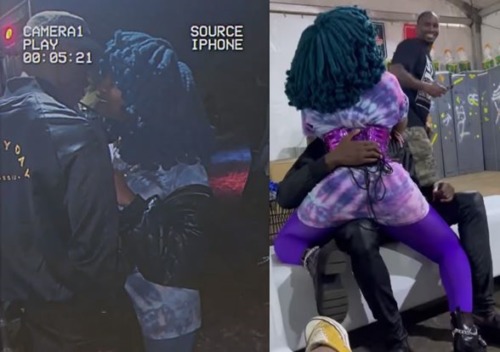 Moonchild Sanelly and Toss were seen almost canoodling in public over the weekend.

The Cotton Fest 2022 hosted lots of music fans and also lovers who couldn’t help but exude their romantic in public.

Taking to social media Toss shared a video clip revealing all his major highlights at the festival, and towards the end of the video, Moonchild was seen gallantly sitting on the fast-rising star’s leg.

To crown all assumptions, Moonchild shared a steamy video of herself with the yano vocalist; the two almost kissed in the video, and they looked pretty close like they are an item.

The two musicians are yet to make an official statement about their relationship, but the videos shared are loud enough to the ears and eyes.

Meanwhile, Moon and her girlfriend broke up months ago and she appears to have moved on.