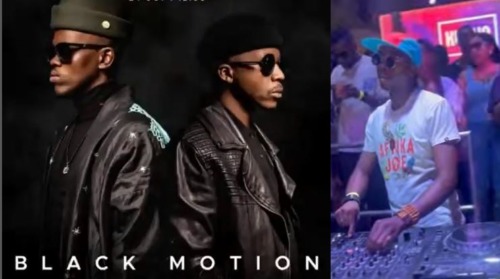 The duo are known to be Murdah Bongz and Thabo Smol, but a new face has been revealed months after the two announced launching their solo careers.

The new member was identified as Kabelo Kamo, who fans called Problem Child.

A video of Kabelo performing alongside Thabo at a gig over the weekend has gone viral on social media and garnered mixed reactions.

While some people were glad that the group is growing rather than extinction, a few others reacted after presuming that Kabelo is a replacement for Murdah who dropped his solo debut album, Asante.

“They must choose another name…this is not Black Motion,” a Twitter user wrote.

As much as Problem Child is doing a great job. Let us appreciate the fire Black Motion once gave us.🔥🔥🔥 Shout out to Murdah Bongz and Smallz👏👏 pic.twitter.com/CXhcoAbCqM

Yoh yoh the new Black Motion DJ is a different animal. That nigga is the Scara Ngobese of CDJs

I wish Thabo all the best as black motion, the new dude Kabelo is a beast on the decks

Problem Child is the best candidate 🤞🏾 So happy for him. This is BIG!!! He’s a dope ass DJ / Producer and in line with the Black Motion brand. This is gonna be so easy for him as he’s been doing it for years. Here’s to another decade and more of Black Motion! Perfect match! https://t.co/kXihQ52EdW

Problem Child is Back .. this will be best Black motion duo https://t.co/f4DMq1NVTz