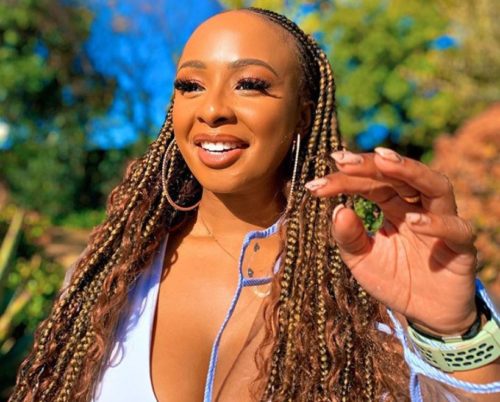 Few days ago, the rapper dropped cover of the EP titled 4436, and expressed excitement on being able to achieve such success, after putting much hard-work on it.

The EP has 8 songs with a bonus track, which is her debut single, Wuz Dat featuring Nasty C.

The mini-project features Riky Rick, Yanga Chief, Ginger Trill and a few others.

It was mixed by Ganja Beatz and PH RawX.

“Fam, I’m so excited to announce that my debut project titled #4436 is dropping this Friday, the 4th of December! The timing could not be more perfect! 😍🕯🙏🏾 I’m so proud of this body of work and I’m very excited for you all to hear it! Thank you so much to an incredible team for making this stunning artwork possible!”