Cassper demands apology from Nota for embarrassing the nation 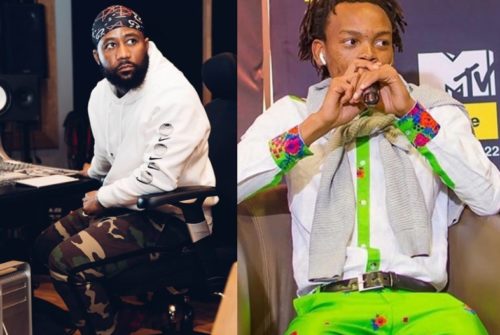 He used a video to back-up his words, but it got people seriously laughing.

Most people beleived he was talking to Nota, who is reported to have put the country in a shameful state after arguing with a music-businesswoman who has over 20 years experience dealing with international record labels.

Mufasa says Nota needs to apologize to South Africans for embarrassing the nations.

Stop entertaining and gassing up fraudsters. We deserve an apology as a nation from all the fraudsters embarrassing us. Hahaha! Wa phapha jou moer!

Stop entertaining and gassing up fraudsters. We deserve an apology as a nation from all the fraudsters embarrassing us. Hahaha! Wa phapha jou moer! pic.twitter.com/lnp9fvMZUe

Meanwhile, Nota had praised Cassper Nyovest on his tweet, while weighing on Kanye West’s rants about record labels, which caused the whole saga on Twitter.

I may have not loved his latest music as much as I expected but I know @casspernyovest well enough to know that he idolises Jay Z like I did. He would never sell Family Tree to Def Jam and Nadia’s masters along with it just so he could keep his own. For that he’s a living LEGEND! https://t.co/1CJvEiVOeM

After forming a duo, Hillzy and Sha Sha drops their official music video for their...