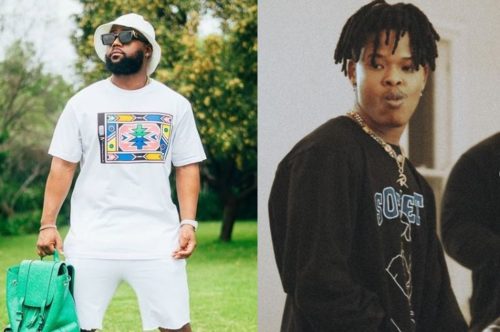 Cassper Nyovest and Nasty C were caught chilling together in a video shared on Instagram.

The organizer(s) of the party is unknown, but the atmosphere seem cool, as those who graced the event tried connecting and making network.

Mufasa showed the project huge support, and Nasty did the same when Cass dropped his 5th studio album, AMN.

The relationship between the two wowed most social media users, as it is believed that Nasty C sides anything AKA.

The video of Cassper and SMA hitmaker attracted different reactions based on what was observed in the video.