Cassper Nyovest announces AKA as the new brand ambassador for Billiato 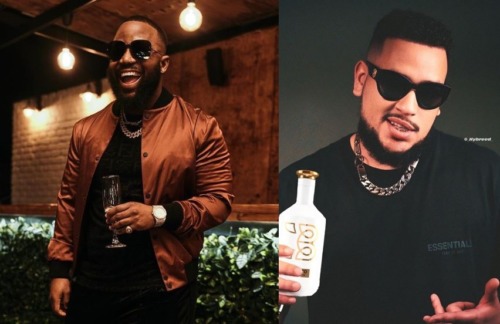 Cassper Nyovest announced AKA as the new brand ambassador for Billiato.

On Friday night, Mufasa shared a photo of Kiernan Forbes holding a bottle of the alcoholic drink and captioned with: “Introducing the new Brand Ambassador of Billiato. Mix it with Lemonade.”

The announcement garnered mixed reviews, as some believed it was another joke from the rapper, while others assumed that they are now friends and business partners.

It’s blatant to the eyes that the bottle was photoshopped into AKA’s hand, hence the brand ambassador news is presumed to be a means to retaliate after Cassper got attacked by Kiernan with the Composure performance.

Meanwhile, Nyovest seems to enjoy the phase of trolling and taunting AKA, as he also used the Lemonade hitmaker to promote his Fill Up Mmabatho Stadium.

“I can also play the trolling game. Lol… let’s have some fun,” Cass wrote.

Get ready to tweet !!! December 3rd!!! We filling up Mmabatho Stadium!!!! 50 days to go!!! Get your tickets!!!! #FillUpMmabathoStadium pic.twitter.com/p5QEZGqzWU

Some days ago, Cassper Nyovest revealed that his Billiato alcoholic drink is one of the fastest growing liquors in South Africa.

“Billiato is currently the 8th best-selling liqueur in the country. In our first year, we have broken into the top 10. We are also the fastest-growing liquor brand. The support you guys have given us is overwhelming. Thank you,” he tweeted,