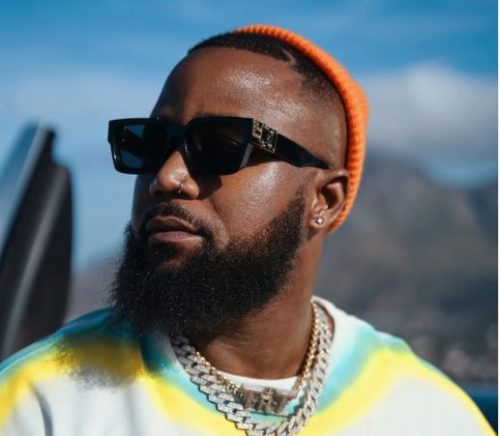 Cassper Nyovest got swindled of R22 000 at Swanky hotel in Sandton, Joburg.

Remember that the rapper lamented about how his card got cloned in May.

“Someone cloned one of my @FNBSA  cards and they have been having a ball with my money. It took me a while to notice so I don’t know how much they really stole but I want to know how is it so easy to get a card cloned? Isn’t our money supposed to be safe with these banks?” he tweeted.

According to Daily Sun, more details about the hideous incident got revealed by a police source.

“The complainant alleges that on 16 May 2022 at about 12:00, he was at Hotel Sky, Corner Maude and West streets, Sandown, Sandton, when he noticed that his bank card was used at the hotel without his knowledge and was defrauded an amount of R22 000,” read the police statement, in part.

Cassper and his team were silent about the issue after the tweet surfaced, but the Police spokesperson, Lieutenan-Colonel Mavela Masondo, confirmed that a case of fraud was opened.