Cassper Nyovest reacts to Reason’s advice on touring with AKA 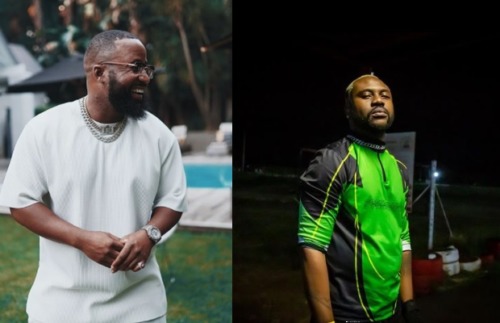 Cassper Nyovest shuns Reason a.k.a Sizwe Alakine who suggested that he should discard the idea of fighting AKA, rather, he should organize a music tour, where they will battle each other musically.

Mufasa resumed taunting Kiernan on Monday after calling him a coward on Sunday.

“Date mfanaka. @Akaworldwide? Or you’re gonna go hide again? The fight is long overdue shimankie. Let’s just give the people a show. How bad could it be to take 1 beating?”

Reacting to Mufasa’s talk, Sizwe urged him to organize a rap battle or do a music tour instead of a fight.

The advice didn’t sit well with Cassper, as he mocked Supa Mega in his response to Sizwe.

“I’ve done 5 stadiums alone Reason. I’m doing no tour with someone who failed to do Zone 6. We’re not of the same calibre. Respect me! I know yall love the dude but I’m not here to revive nobody’s career. All I have to offer is an ass whopping in the boxing ring. PERIOD!!!”