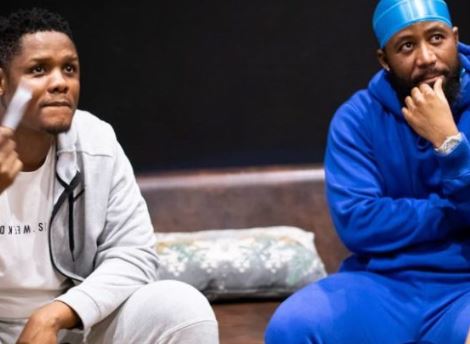 Cassper has been busy cooking new records with some of SA best musicians, and all he is doing is serve fans back to back.

Taking to social media, the rapper casually announced that he will be dropping another single off the Any Minute Now album, which is set to be released on the 11th of September.

Mufasa says his song with Samthing Soweto will be out this Friday, 28th of August.

Here is how he announced: Shimza threw out a question to followers on Twitter, “Whats your favorite song right now?”

Fans are super excited, and some are yet to even get over his latest single, Bonginkosi featuring Zola 7.

Cassper calls the song a spiritual one, and it topped Apple music SA hip hop songs the day it dropped.

Meanwhile, the superstar’s song with Samthing is worth anticipating, as he detailed his experience working with the award-winning singer, and how his talent was utilized on the project.

“I’ve been in studio with Samthing Soweto for 2 days straight & i feel like i need more time to fully utilize his gift on this project. Oh man, what pleasure,what an honor to be in the presence of such greatness!!! I can’t wait for September 11 so i can share this with you!!!” Cassper tweeted.