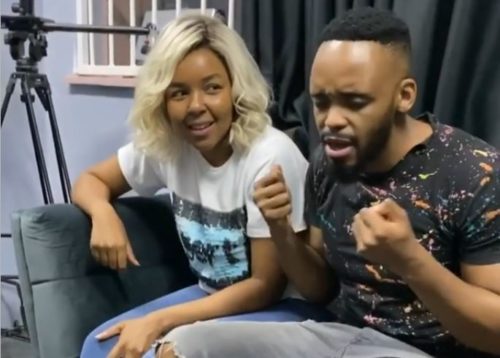 Donald and Cici are set to melt hearts with an upcoming single.

The blend of the duo’s voice has been magical to most of their fans.

On Wednesday, Donald made it known that they are in the studio cooking something amazing for their lovers.

Since the information got shared, the two have been sharing photos and videos of themselves in the studio.

Another beautiful thing is that they got fans highly anticipating after teasing the forthcoming single.

Cici appreciated their chemistry in one of the videos shared on social media,

This isn’t their first collabo together, the remix of Landela featuring the mother of one released in 2018 has hit over 1 million views and it’s one of mzansi’s faves of all R&B songs.