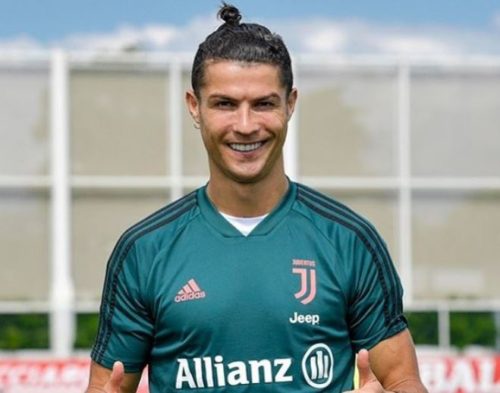 One of the most popular footballer in the world named, Cristiano Ronaldo vibes to one of the best songs which has been topping global music charts, which is titled, Jerusalema.

South African music producer, Master KG is over the moon, upon seeing a video of Cristiano listening to his hit single which features Nomcebo Zikode.

The Limpopo star takes to Twitter to express his excitement; “Cristiano Ronald Just Posted Jerusalema on his Instagram wall..Wow.”

Other SA celebs congratulated him for the huge win he’s bagged with the song.

The likes of Lady Zamar, DJ Tira, Cassper Nyovest and many other hyped him and his success.

However, the Portuguese footballer has taken down the video on his Instagram page, few minutes after uploading it, but social media users were able to get the video.

There you go. You living the dream champ pic.twitter.com/GvwnkLDu0M