DJ Maphorisa calls out Shimza for not helping music artists 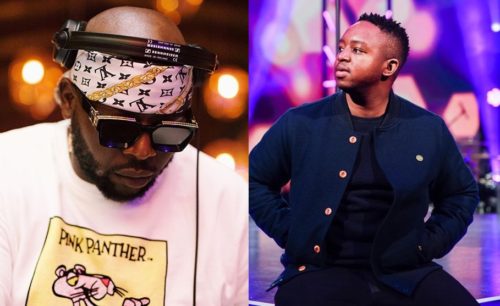 Reacting to Shimza’s Facebook post, Lawd Phori bluntly said: “Why you always make music alone, no young up and coming nyana everytime Shimza’s alone. Grow this afro movement uplift young talent bro please. That’s why they end up hating us cause you close doors. Don’t tell me you made that beat alone, sorry but I had to take out my chest in front of everyone, love you mfanaka but I can’t!”

In response, the Afrotech DJ said his record label, Kunye Record aims at helping other artists and that’s why he has an event named Kunye, where other artists come to showcase their talents.

He further defended himself by saying they both work differently.

“You know what I’m talking about. The ghost producers that you give a once off fee to. This thing must stop. You must give them credit on your song and let them shine,” Maphorisa added.

Phori urged Shimza to change the game as he knows how it feels as a producer to be left out on a song or project. 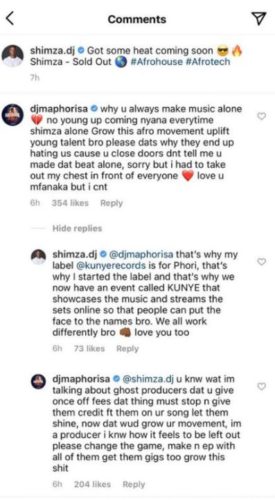 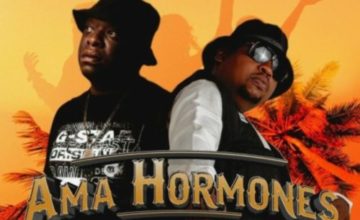