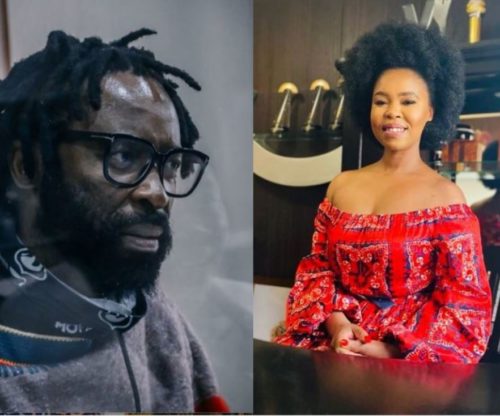 Zahara slams DJ Sbu who publicly claimed that his record label TS Records has paid the songstress royalties for her debut album, Loliwe

“Ms Zahara’s money has always gone to her my brother. It’s disappointing that you continue to spread false information my brother,” the DJ said.

Ms Zahara’s money has always gone to her my brother. It’s disappointing that you continue to spread false information my brother. pic.twitter.com/JSF2XuN9ux

The singer got infuriated by the DJ’s claim, by calling him a coward and liar.

Speaking with TshishaLIVE, Zahara said she’s yet to get a cent from the album since she left the label, and that she doesn’t mind being interviewed in the same room with Sbu.

“It’s all lies, I haven’t been getting anything since I left the record label, and I saw recently that my music was uploaded on digital platforms without me knowing, which means they sold my records to somebody and it means I need to get a cut for it.”

“When I tried to communicate several times even last year, I tried so many numbers to contact them and no-one answered their phones, I always call them, they don’t care.”

“At the end of the day they know that if I go to court I do not have the resources or the money to fight them because they know they have money. God has given me a gift which nobody can take and I can start afresh like I am doing right now,” she said.

“DJ Sbu must stop lying. He must be in a studio with me one day somewhere… a TV interview where I say what I say and he says what he says, he must stop lying because he is a coward.

“It doesn’t really matter, me I can always go back to sing for my cows but the truth is the truth, it wouldn’t have escalated like this, they should have just let it go because I’m speaking my truth and it’s the truth, I don’t want to hear nobody said nothing, I want DJ Sbu in a TV room with just me and him…where we both say what we want to say,” she told the publication.