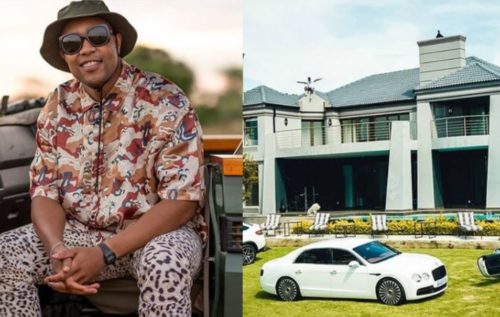 Mzansi believes DJ Speedsta called out Cassper Nyovest, Focalistic and other entertainers who bought new cars and houses amid pandemic.

Taking to Twitter, the DJ says he doesn’t want to hear any celebrity complain of being broke again as the country returns to Level 3.

“I don’t wanna see any entertainer complaining & talking about relief funds. Gigs came back & you chose to buy cars, Clothes & whatever else. That’s not our problem. Tomorrow is never promised, always remember that. Use your money wisely,” he said.

Though Speedsta didn’t mention names, but followers assumed he was talking about Cassper and other stars who secured themselves some expensive things, rather than save.

Why are Capper’s fans hurt under this tweet.. I guess the shoe fits pic.twitter.com/CtxPXc4Djb

It’s weird people think you are sub tweeting Cass 💀 this is a general tweet okes. Hai