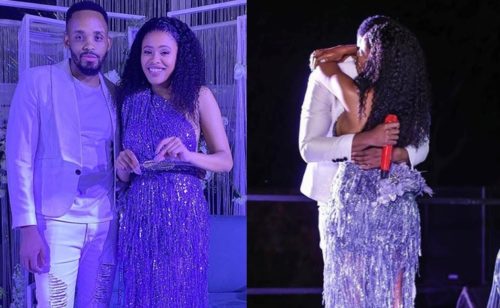 Donald and Natasha Thahane trigger rumor on being in a romantic relationship.

Aside being mushy towards each other at the actress’ 25th birthday, the duo have gotten fans thinking about them on another level with their recent tweets.

An active and observant Twitter user shared a screenshot of the two celebs tweets, which reveals Natasha’s talks on choosing wisely the father of your children.

Donald also tweeted about being a father to a child.

Upon seeing the tweets, social media users did their calculations and concluded that the two are about welcoming a child.

Donald reacted by laughing off their thoughts and urged fans to relax.

This isn’t the first time the singer is being rumored to be dating a celebrity this year.

Before singer Cici welcomed her baby, lots of people concluded that Donald is the father of the baby.