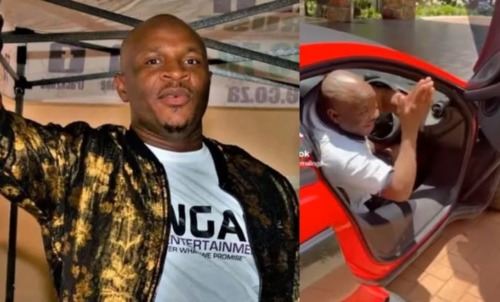 In September, the musician revealed that SARS seized and auctioned his furniture and other properties; he broke down in tears while opening up about the saddening event on Mac G’s Podcast and Chill.

South Africans, including celebrities, were touched by his tears and hurriedly helped him – Black Coffee, Makhadzi, and a few others helped him back to his feet.

A few days ago, Dr Malinga shared a video of himself excitedly sitting in his new luxury car, and another video of him standing in front of the new washing machine.

South Africans who viewed the videos quickly concluded that he used the money people donated to buy himself luxurious items.

“After the McGee interview, I really thought he would know better, spend wisely and have his finances in order especially after the donations. A part of me is really scared and finds this video as a slap in the face to those who donated. I think it deserved a caption so not to confuse the fans but ke don’t come for me ndisebenza u7am+8pm with monthly targets,” a follower commented.