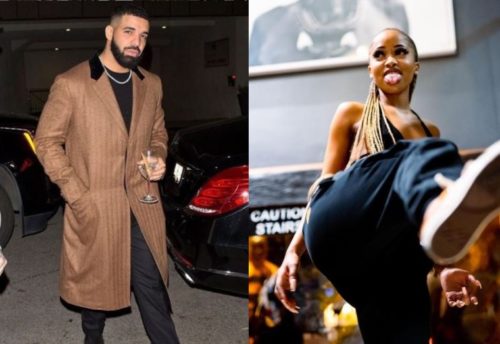 Drake is glued to another new talent in South Africa, and it’s Uncle Waffles, who is currently making waves with her sizzling deejaying skill.

The South African DJ whose real name is Lungelihle Zwane is now the people’s favourite, as videos of her performances at shows as gone viral on social media.

The American rapper endorsed her by following her on Instagram and it blew up, garnering the attention of other celebrities like Bontle Modiselle, Lady Du and a few others.

Reacting to Drake’s follow, she said: “I just called my managers and we cried. Guys, he is the biggest artist in the world, in the entire world.”

Waffles is in awe with the love received as a video she shared on Twitter three days ago surpassed 3 million views.