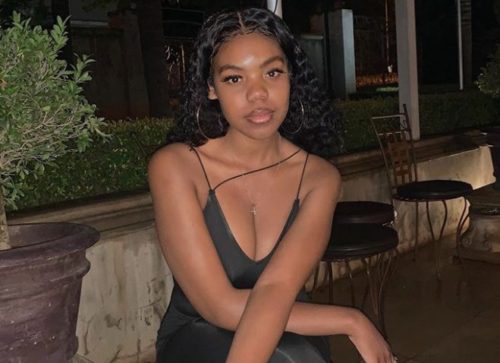 Elaine got South Africans in their feelings following a video where she’s seen teasing a new song which American rapper, Drake is rumored to feature

Fans have been anticipating new songs from the R&B singer, especially after the release of her debut EP.

However, it appears she’s been cooking some “hit” songs that will deal with fans’ emotions.

The newly teased song is on heartbreak, and many were able to grasp all that she said in the song.

Check out the video and reactions below:

Drake x Elaine – If I Could (feat. Sampha)
pic.twitter.com/36KdnYNGgO

Elaine just drop I want to be sad for no reason#Elaine pic.twitter.com/CMYPvN1ylR