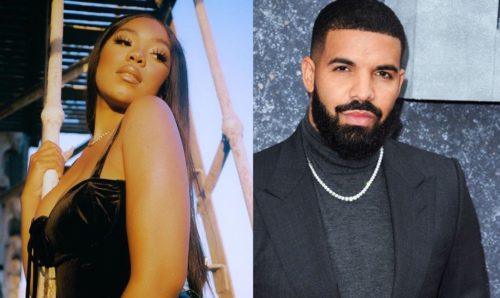 Elaine just proved to most South Africans that she’s surpassed the level many see her to be, as she rocks gift from American rapper, Drake.

Taking to social media, the South African singer shared photos of herself wearing the rapper’s new collaboration with Nike – NOCTA.

She’s known to be private about her life, so, she didn’t open up on being gifted, but since Black Coffee received same gift from the international star, then fans assumed it’s a gift.

Elaine’s post got some fans believing she has a music collaboration with the rap star.

At that speed…anything is possible