Emtee on collaborating with Blaq Diamond – “Over my dead body” 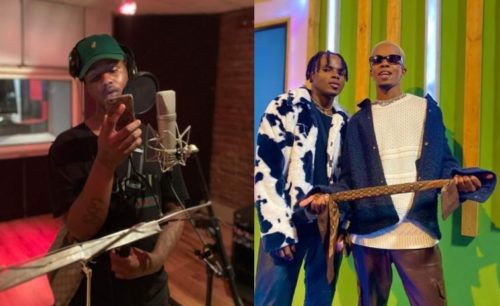 Emtee goes all blunt with his response to fans’ suggestion on collaborating with musical duo, Blaq Diamond.

Calling out the trap king in a tweet, a fan said he believes the people need a collabo from them, as he’s working on his forthcoming project, which is believed will be out this month, March.

“Why you don’t add a song with Blaq Diamond , I think people need it,” tweep said.

In response, Emtee says “Over my dead body.”

The rapper’s response makes it obvious that he is yet to forgive former record label, Ambitiouz Entertainment, whom the musical duo are signed to.

The father of 2 once made it clear that he isn’t in a cool space with the label and anyone that works with them.

Over my dead body. https://t.co/Qul2axP1Ie