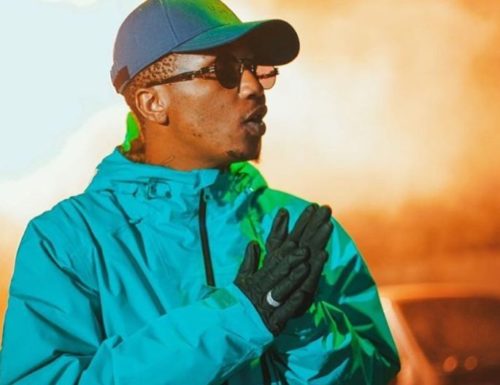 Emtee proves that his finances has resuscitated after being dumped by former record label, Ambitiouz Entertainment.

The rapper who is now an independent rapper under own record label named after him, decided to show off his new acquisition.

In video which has now gone viral on social media, the Trap king revealed buying a diamond neck-piece.

Reports gathered claimed he bought the chain for R65k.

Following departure from ex-label, Emtee’s life hit rock bottom, and his life went from one drama to the other.

Just when fans thought he got a breather, he opened up about abuse experienced in relationship with his baby mama.

This drama lasted for some months, but the lovers are back together anf fine.

However, the rapper is yet to forgive Ambitiouz, as they reportedly took his legacy from him, which is all the wins he secured when with them.