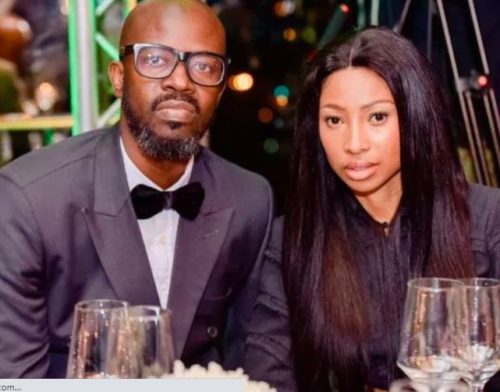 Black Coffee’s former wife, Enhle Mbali breaks the silence after the DJ claimed he didn’t assault her, rather she’s misleading the people with false stories.

Taking to Instagram, the actress revealed 3 different occasions the father of her children abused her, even after their divorce.

Read the full statement detailing how she was ill-treated to the point of depression:

My public statement. The truth will prevail. Complete statement in comments section. Iv never heard an abuser admit to being one.

Johannesburg, 13 April 2021 – In the ongoing matter between myself and my estranged husband, Nkosinathi Maphumulo I would like to break my silence.

I feel it is paramount for me to not only defend myself against the misrepresentation and counter accusations being made but to also put an end to the cycle of abuse that I have continued to face at his commission.

For the most part I have been silent in an effort to amicably resolve these challenges within my marriage as well as to limit the effects of a toxic environment on my growing children. However, as I have grown to realise, the cycle of abuse is ongoing and relentless as it feeds off of fear.

I am no longer fearful, and it is with this renewed sense of self that I wish to recount the numerous incidents on which he has beaten, berated, rendered me broken and unworthy. I have within the marriage and now as an estranged spouse endured gaslighting, emotional, verbal abuse, physical abuse and financial abuse at his behest. The extent of the turmoil I experienced in the marriage as a result of the abuse and the extra marital affairs were so severe that I was admitted into a facility and was treated for depression.

• In 2014 at our previous residence, he struck me several times in our bedroom
• In 2019 after his Music is King event at our new residence, he threw a bag at my face during an argument
• Guests at my 33rd birthday celebration witnessed him attack me

Since the beginning of our divorce proceedings, he has continually used intimidation and financial muscle in an attempt silence me. I stand firm in my assertions; I would never exploit domestic violence and waste the courts time for my own benefit. It is my sole wish to ensure that by me speaking out about my experience amongst so many other voices that a more determined and unbiased approach to the resolution.