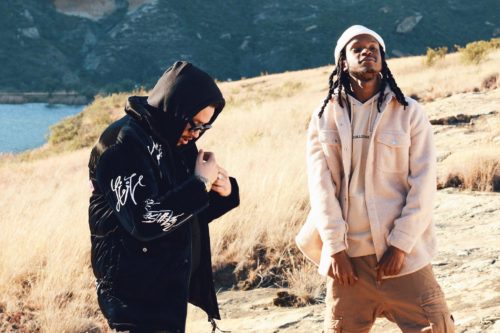 Gemini Major defended himself on leaking Iron Duke single. AKA came active on Twitter again today and everyone got shocked as Iron Duke was leaked by someone.

AKA believed a Guy Kaymo from Gemini Major’s team leaked it as Gemini Major produced the track.

This caused a lot of controversies as AKA mentioned the single was meant to be the last track in his Ep titled Bhovamania and not to be veiled soon.

With reports finally getting to Gemini Major too, he defended himself and refused the claim of leaking the song. Gemini Major also mentioned it was not Kaymo also and suggested maybe it was hacked.

Iron Duke still trends on Twitter as both sides still can’t explain what exactly went wrong about leaking the song. 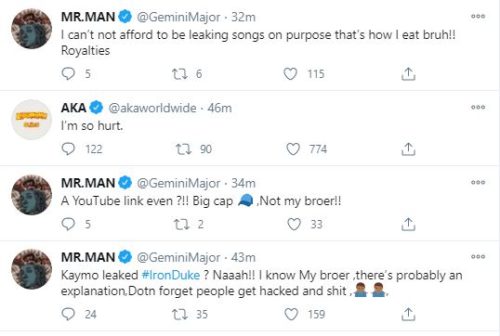 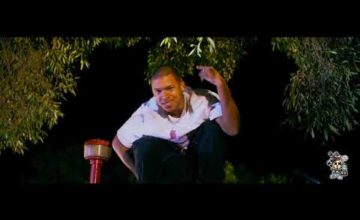