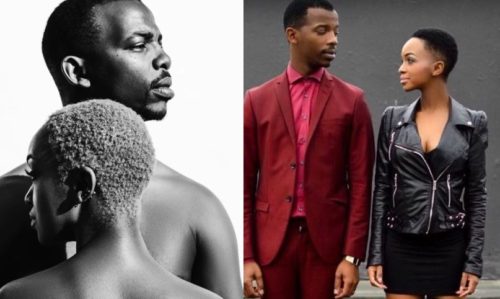 This new title was awarded them after Zakes explained a situation which seemed unbelievable to most social media users.

Taking to Twitter, the music producer claimed he knows of people who died as a result of load shedding. He urged the South African government to do better.

However, people found his story untrue, and some resurfaced Nandi’s old tweet which also caused a big drama on social media.

“Dropped off my son at school … I realized that to some of Shaka’s toddler school friends I am now “Nala”. I heard a “Wow! Shaka’s mom is a Nala! Black Is King!” the actress explained back then.

Following her tweet, many assumed she was just chasing clout with lies.

With these tweets, some tweeps believe the couple are liars, while some have gone out of their way to defend them.

This event has Zakes trending.

In case you missed it fam 👇

Zakes & Nandi in their bedroom after telling the nation lies just for likes : pic.twitter.com/NhEj15wto1

Zakes acts as if there are no people who work in hospitals in these twitter streets. This is a blatant lie nje! He must tell us which hospital this is and stop these lies.

Zakes there are other ways to market your music https://t.co/fzMlzNPhKL

Are you sure what Zakes is saying is true. Or you just believe him because you are his fan. Why is he not mentioning the hospital(s) where the four people have passed on?

But Zakes never mentioned the name Hospital, what if they had ventilations at home? Reading is a skill

People wait wait, calm down. Zakes didn’t say that it was a hospital situation, he could of been talking about home based care. Some people are rich enough to afford ventilators, let’s give him a chance to clarify.