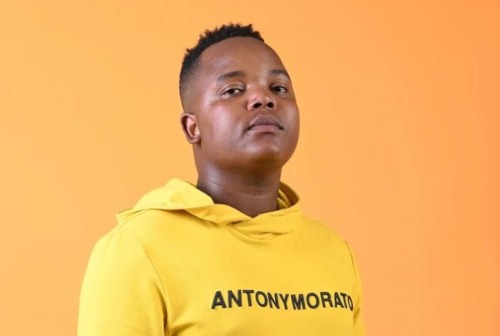 The royalties issue lasted for over three days and the singer announced quitting music, as he was done with being ill-treated, though, Big Zulu claimed he’s paid all the agreed proceeds of the songs to Intaba’s label.

Ambitiouz also claimed to have paid their artist his money, and further shared receipts on social media, but the singer said he was paid just 3700 monthly.

Returning to Facebook, Intaba Yase who just released an album said he’s parted ways with the label and he won’t be quitting music again.

“Would also like to announce that me and Ambitiouz Entertainment have parted ways. I will forever be grateful for the opportunity and platform they gave me when no one did. Like I said before I am not fighting anyone or Ambitiouz, I don’t like uncertainty. I Almost gave up on music because I was not paid what I deserve and what I worked hard for,” he wrote.

He said he will not be quitting music because it’s his main source of income used in catering for his family.

“Last year I was depressed and frustrated because I was gigging almost every weekend, but come month end i get paid R3,700? After being in-depth reflection on my career, I won’t quit music, I love it and I am passionate about it, most importantly that’s the only source I have to feed my family.”

“I will continue to release beautiful new music under my new Record label 3.7 Entertainment. For any Media Interviews and Bookings kindly please email dubaibookingza@gmail.com or +27 (79) 157-2607.”

Intaba Yase Dubai isn’t the only artist who have left Ambitiouz Entertainment due to royalties issues and ill-treatment; we have the likes of Emtee, Amanda Black, Gigi Lamayne, Fifi Cooper, A-Reece, Priddy Ugly and many others.